What André set about creating when he dreamed up Ikewana, was a true brand of luxury, where travel in and around Africa is orchestrated in such a way, as to be seamless. With around 26 years of experience and a fantastic team of like-minded professionals from various backgrounds in hospitality, tourism and a common passion for Africa, Ikewana was born.

Our collective knowledge of Southern Africa, East Africa and the Indian Ocean Islands was brought to the table and discerning travellers from around the world had access to the continent like never before. Ikewana curates, designs and delivers highly refined travel experiences for our clients. What makes us different is our focus on personal attention to each client’s needs, our unwavering focus on every aspect of your journey, and our capacity to exceed your expectations of what is possible on a trip to Africa. 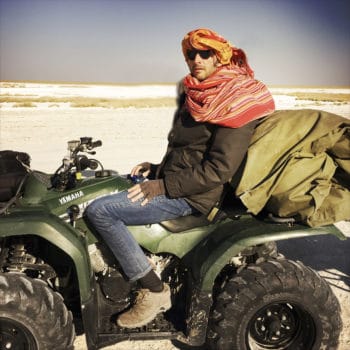 Have you ever dreamed about being able to join and explore Africa in a way that you never thought possible?

Joining visual storyteller Guillaume Bonn on one of his epic journeys throughout the continent while researching his next book is one in a lifetime experience you will never forget.

Guillaume is the third generation of a French family born in Madagascar, and his safari life started at the age of six in the Danakil depression in Ethiopia, better known as the hottest place on earth.

Since, he has led some of the most sought-after safaris on the continent, flying by helicopter from Uganda to Congo DRC to explore remote and inaccessible parts of the Virunga National Park, the impenetrable labyrinth of limestone needle forests of Madagascar or the saltlake pans of Botswana.

He also roamed African for 25 years as a photojournalist reporting on conflict, environmental and social issues for the The New York Times and Vanity Fair Magazine, for which he was a contributor for fifteen years.

Recently named by the famous New Yorker magazine writer Jon Lee Anderson as “a visual archeologist”, maybe what he meant to write was that Guillaume’s life is a kaleidoscope of experiences lived in parallel on multiple continents at the same time.

Whether he is photographing the Oscars parties in Hollywood, wars in Africa, invited to the wedding of the maharajah of Jodhpur, the fashion shows in Paris, being kidnapped in Somalia, following elephants for weeks in multiple countries investigating the ivory trade – his life belongs to those of legends, the ones who have lived their life to the full and have seen what few will ever see.

Imagine being on his next safari, driving through the African bush while he shares all his tales, and explaining why he keeps coming back to Africa and why he dedicated 25 years of his life telling stories that the world does not want to hear, and why he is so dedicated to spreading understanding and knowledge on the complex issues of wildlife and habitat loss.

The reality is that his life belongs more to chapters of books written on explorers, a sort of anthropologist of the 21st century. 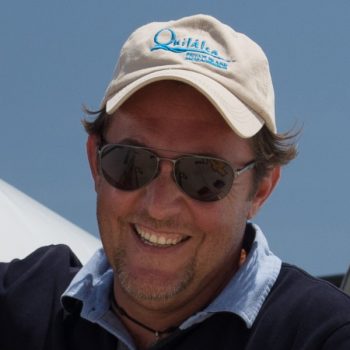 André Laget was born in Djibouti, East Africa, to a French father and Italian mother. His early years were spent between Djibouti, Ethiopia and Yemen. He attended a boarding school in Lausanne, Switzerland, after which he moved to France where he studied Tourism. His working career took him to various travel agencies in France, as well as Club Med in Greece. In Strasbourg, André was president of Travel Club Europe – a French travel agent’s association with around 700 members.

In time, he and his wife moved back to Africa and since 2000, settled in South Africa where he continues to work in the travel industry. Ikewana is the culmination of years of experience in the field. André owns a variety of other businesses in the hospitality and software fields. He is passionate about photography, aviation and needless to say, is an enthusiastic traveller. He is his own best client and makes travelling to a new destination each year, a priority. 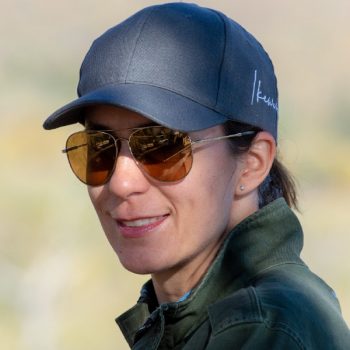 Aline is an indispensable part of the Ikewana team, pouring her passion and extensive knowledge gleaned over the years, in her role as General Manager. She spent her formative years in Strasbourg, France, and went on to study tourism. In her role as a travel agent, she focused her attention on African Travel.

She moved to South Africa where she has been working as a travel agent in both B2B and B2C. Her meticulous organisational skills have led her to Ikewana and it is here she ensures that our clients get the most efficient and professional service at all times and that theirs is an extraordinary luxury travel experience in Africa. Besides travel, Aline is passionate about gastronomy and interior decor. She speaks French, Spanish and English.

At Ikewana, we adhere to a strict policy of always keeping our client’s needs first, and at all times providing each client with individual and professional attention. We always strive to uphold the high standard of living, discerning tastes and expectations that our clients are accustomed to.

Based on our library of thoroughly researched information, paired with our experienced teams’ vast and in-depth knowledge of the continent, we have you covered. Reliability and personal responsibility are at the core of our team’s values.

Ikewana’s team are productive and self-motivated, completing our work as efficiently and meticulously as possible. We are dedicated to honouring commitments to the best of our ability through clear communication with clients and within our team.

Need assistance? Complete the form below: