Swaziland, officially known as Eswatini, may be the smallest country in Africa, measuring no more than 200 km north to south and 130 km east to west, but it has so much to offer its visitors. It has the wildlife, the adrenalin-boosting activities, the rich cultural heritage, a wonderfully varied landscape that allows for fantastic hiking and more than anything… a return to a slower pace. Swaziland is a place where everything remains small, relaxed and personable.

Lead by King Mswati III, Swaziland is one of the world’s last absolute monarchies, and the king rules by decree over his million plus subjects. Most Swazi people live in community homesteads, outside the cities, farming sugarcane, maize, cotton, rice, citrus, cattle and goats. For the most part, they follow traditional ways and it’s the monarchy that binds the nation together with festivals and celebration. Tens of thousands gather at various times of the year to celebrate in colourful, traditional costumes and in spectacular style.

We at Ikewana will be delighted to offer you the best Swaziland has to offer. It’s a glorious destination in its own right and merits at least a week if you want to do the country any justice. Let us help you create the perfect itinerary for you.

The climate ranges from moderate to subtropical and the weather depends a great deal on which part of the country you intend to visit. Lowland areas tend to feel subtropical. At higher altitudes, in the Highveld regions, you can expect more in the way of clouds and mist, as well as cooler temperatures. Summer falls between October and March, and temperatures at this time of the year are generally pleasantly warm. The hottest climate is to be found within the lowland region, where temperatures can reach a tropical 42°C / 108°F.

In Mbabane, in the Highveld, average summer temperatures are around 20°C / 68°F. This is the time when you’re most likely to experience rain and thunderstorms, especially in the more mountainous regions. Of note, the lowveld areas tend to be drier. During the winter, which runs from April to September, temperatures can fall as low as -3°C / 27°F. In Mbabane, average winter temperatures are a mild 12°C / 54°F, whilst visiting during the winter months means that you avoid most of the rain (this is the driest time of year), although the cooler temperatures do require careful packing, particularly of warmer clothing for the evenings. 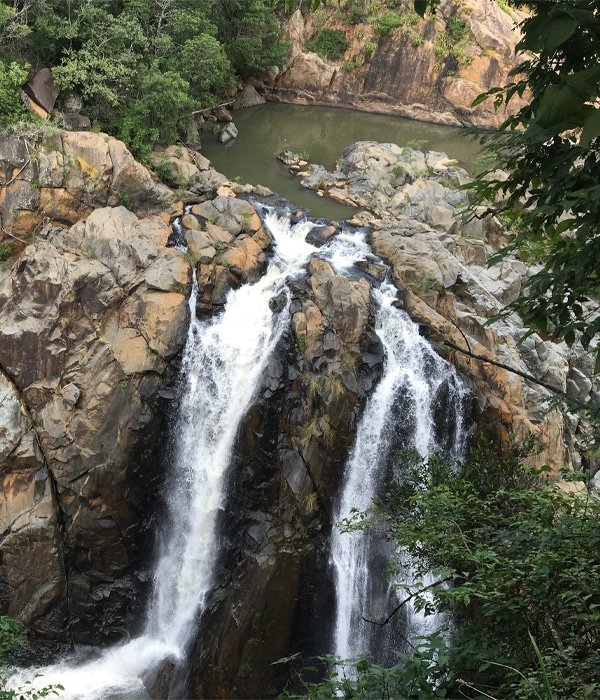